Did you know that the Irish Coffee recipe was perfected in San Francisco at one of our favorite drinking spots the Buena Vista?  Did you also know it is not just hot coffee, any old whiskey, and a dollop of “whipped cream”? 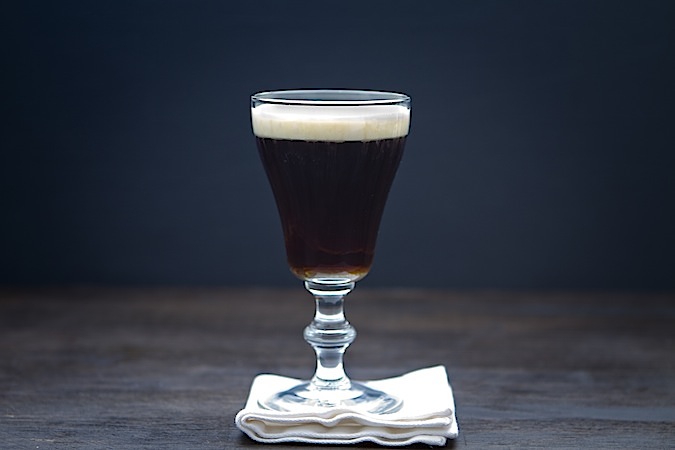 Originally the Irish coffee experiment began at the Shannon Airport in Ireland on a chilly November evening in 1952.  Two friends, Jack Koeppler (then-owner of the Buena Vista) and international travel writer Stanton Delaplane spent the evening pouring, mixing, and drinking coffee concoctions.  Unfortunately, the drink was not perfected at that time, even though, I am sure they had fun trying. 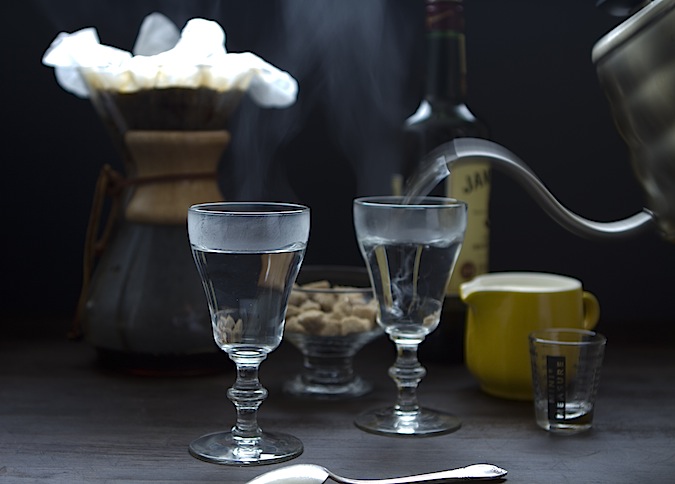 The two men went their separate ways, and Jack returned home to San Francisco where he continued working on the hot toddy.  After the jaunt at the Shannon airport, it was confirmed that the drink was not right, as the whiskey was not perfect and the cream did not float.

Jack continued mixing and pouring until he found the perfect Irish whiskey to use in the toddy;  then he moved on to making cream “float”.  He reached out to the mayor of San Francisco for his expertise as he was also a prominent dairy owner.  Jack learned that the cream had to be lightly frothed, in order to reach the consistency that would “float” on top of the drink.  Hence, the Irish Coffee was complete. 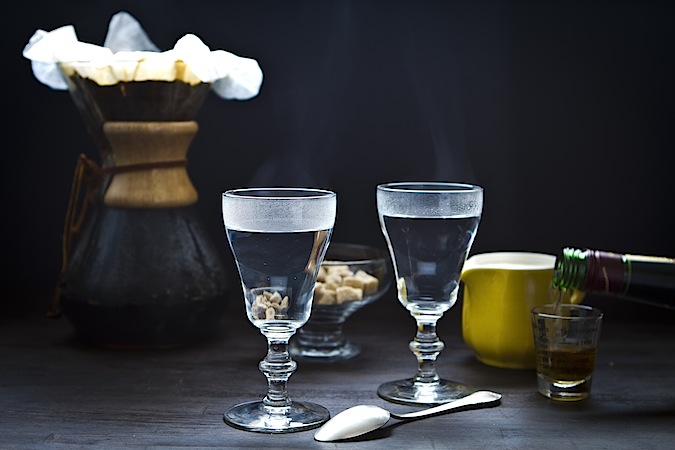 Tips:  to make a traditional (and proper) Irish Coffee you must follow these steps: 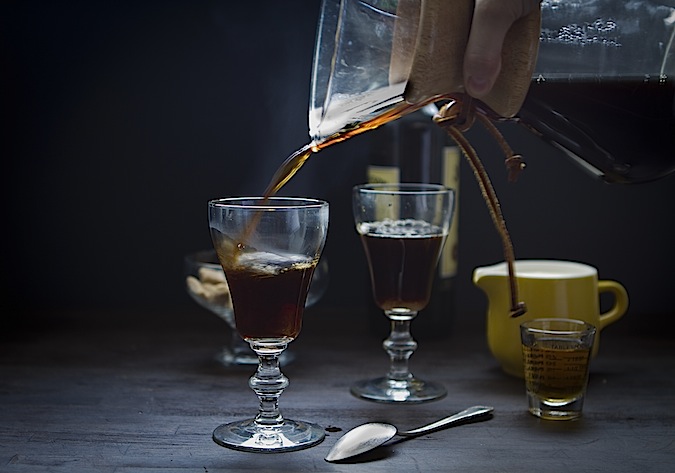 *inspired by our brother-in-law Shawn, as well as the Buena Vista
*makes 4 Irish coffees

Brew black coffee according to the directions of your coffee maker.

Bring a pot of water to an almost boiling point. Carefully pour into Irish coffee glasses.

Pour the cream into a mixing bowl and gently mix at a speed of 4, until bubbly; about 1 1/2 minutes. The cream will still be pourable and full of tiny bubbles. Set aside.

Pour the water out of the glasses.

Pour the hot coffee into the glass until three-quarters of the way full.

Stir until the sugar is dissolved.

Add 1 ounce of whiskey to each glass.

Then pour the cream over the top, following the step above.

Thanks for the wonderful recipe for an amazing drink. Forget about the punctuation, sharing is a gift from you to us.

Great recipe, lovely photo and I really enjoyed the story. You might want to work on your punctuation though, specifically the rules for using commas. If you write, especially publicly, you might as well write correctly.

My that's a lovely photo! And I was just talking to a friend yesterday about going to the Buena Vista (she rec'd breakfast) sometime soon. Serendipity!

Hi there! Just a quick note to let you know we are running a cocktail contest on our Facebook page. Feel free to enter with one of your delicious and original recipes! The best one gets a prize! Entries open until March 25th 2012. https://www.fb.com/LekueWorld

What a fun piece of history! I have to add that Murph's Clubhouse Pub is the luckiest station inside our Giants' AT&T park. Nothing warms me up during a windy game like one of their San Franciscan, Irish coffees.

Thanks for inspiring me to make one of these myself :)