I was never a watermelon fan growing up.  Mainly because I wore braces and during that time in my life. there weren’t seedless watermelons around.  As an adult I use to occasionally enjoy a slice or two, but not often.  Then someone made a savory salad from seedless watermelon, and I was sold.  I recently had a version of this salad at a favorite lunch spot in Oakland.  It was good but I was more intrigued by the flavors used than the salad its self.  I knew it could be better.  Their version was overly watery, the dried chili flakes they used were bitter and there was not enough corn.  What did I do?  I came home and got on making my own recipe for Watermelon Charred Corn Salad. 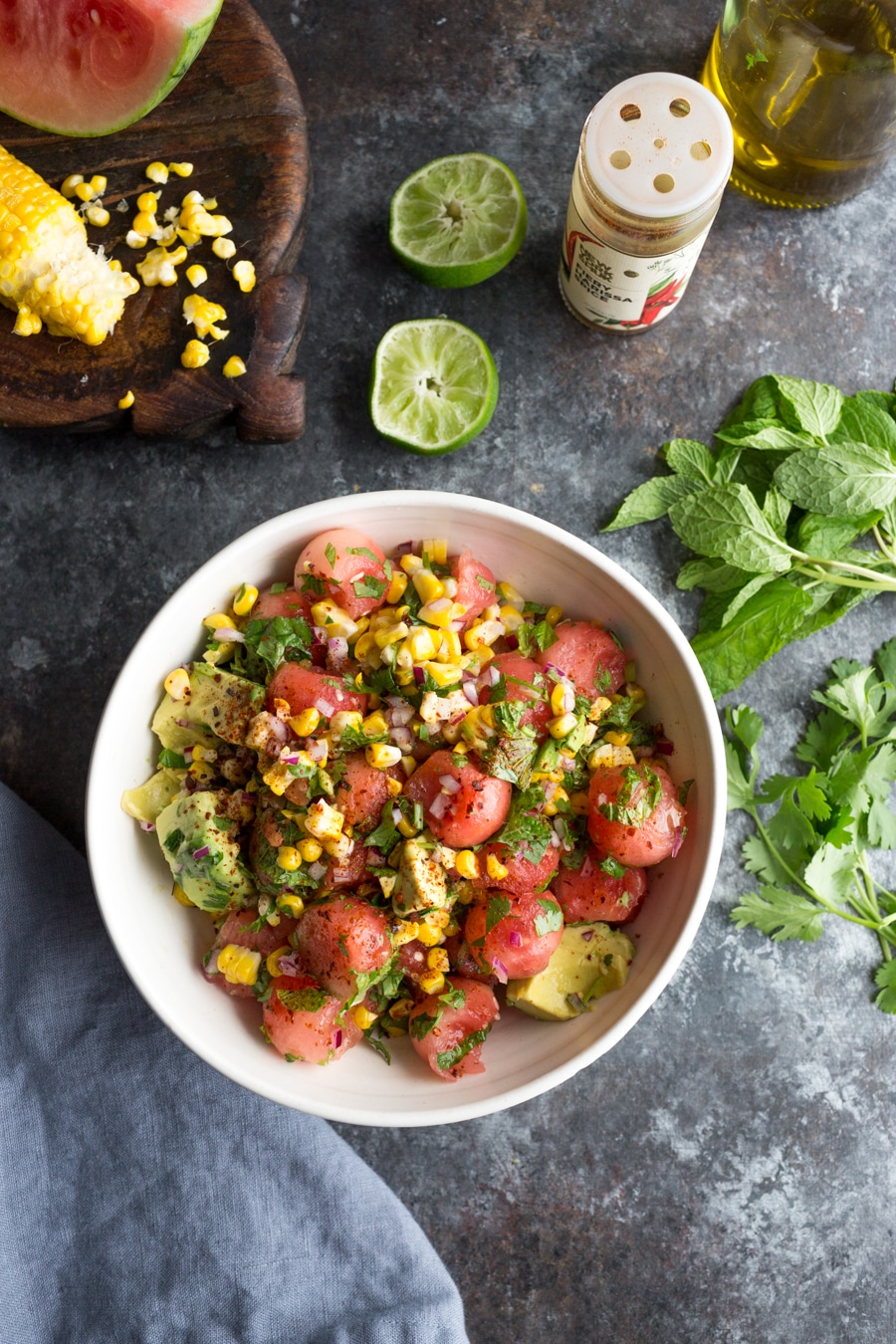 The one thing I did not want was an overly watery salad, it is supposed to be salad, not soup.  I tried using chunks of watermelon but it became soupy, then I used a melon baller and it was perfect.  Still, some watermelon juice but the ingredients were not swimming.  I upped the corn ante and I charred it for some added smokiness;  do not overcook the corn, just a slight char while keeping the firmness of the corn.  Then I used cilantro, mint and my favorite Harissa flakes, which melt into the salad.

We have had this a few times since coming back from France, and that is a lot in less than a week.  I wanted it to be perfect so you could enjoy the three day weekend coming up.  It is really great with grilled fish.  The other evening we had some fresh California seabass, that I grilled with olive oil and lemons and we enjoyed this salad alongside it.  It was the perfect summer evening meal.  It is also great with grilled chicken, and it is perfect on its own too.  It has been lunch a few times.

If you don’t have a melon baller, then I would cut into bite-sized pieces and place them in a colander to release some of the juices.  There is so much flavor that this salad does not need salt:  we tried with and without.  If you want to use salt use Maldon as the flakes are bigger than kosher and use a small amount. 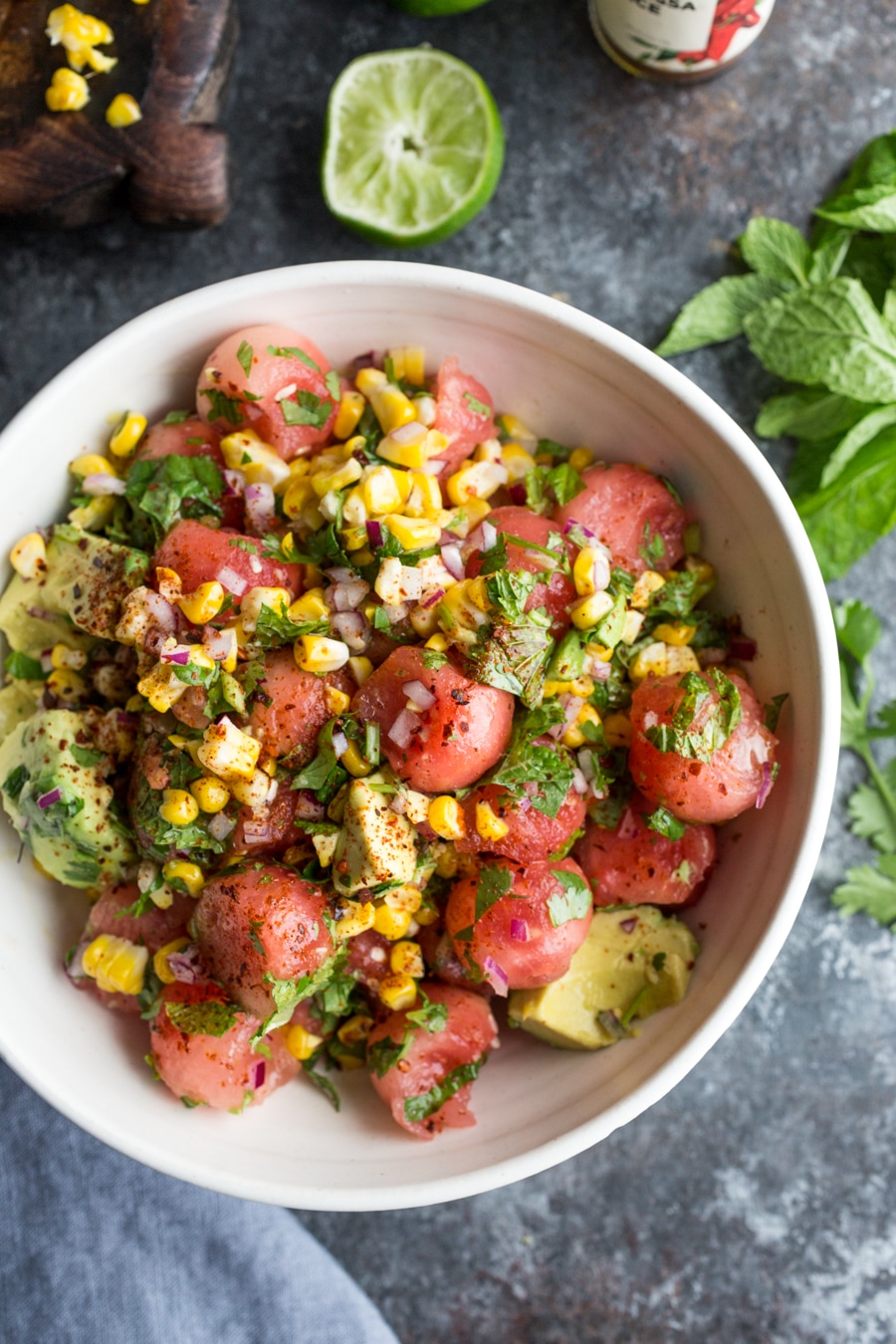