It had been three long years since we took a proper vacation.  By proper, I mean, dusting off the passport, boarding a plane, and enjoying lazy days just the two of us.  Vacation, in my opinion, is not traveling for work, or to see family.  I stand by that.  Oh yes I do. 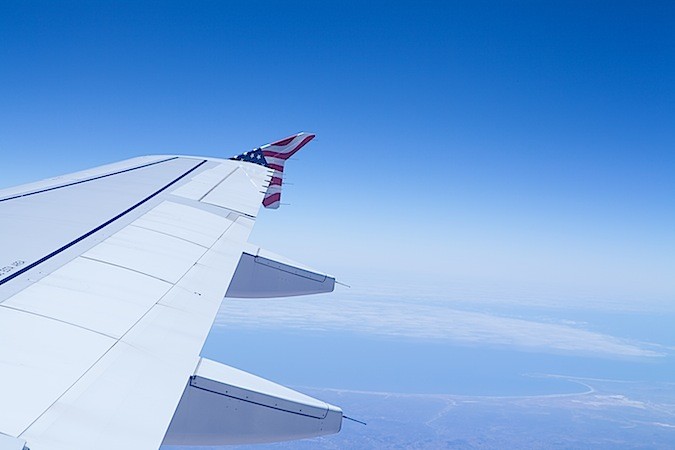 Back in May we were presented with a semi-empty calendar for June, as well as a free airline ticket on Virgin America that had to be used by July.  We decided to take advantage of the situation by jetting off somewhere.  Immediately our thoughts turned to France;  once we realized we could only spare a week, we became grounded.  It had to be somewhere easy to get to, and that was also warm, would be ideal.  We had enjoyed a trip to Mexico a few years back, and were suddenly taken back to delicious Mexican street food and great margaritas as we planned our next journey.  Then a little bird whispered Todos Santos into our ears.  What or where was this Todos Santos?

When we started telling folks that we were planning a trip to Todos Santos, it seemed everyone from spin instructors to friends, had been there or knew someone that had been there.  Everyone basically said the same thing;  it is an artist community, and a lot of expats live there.  This kind of worried us.  Would the entire Bay Area be in Todos Santos?  We did a little research, which put us at ease, and then we decided to go for it. 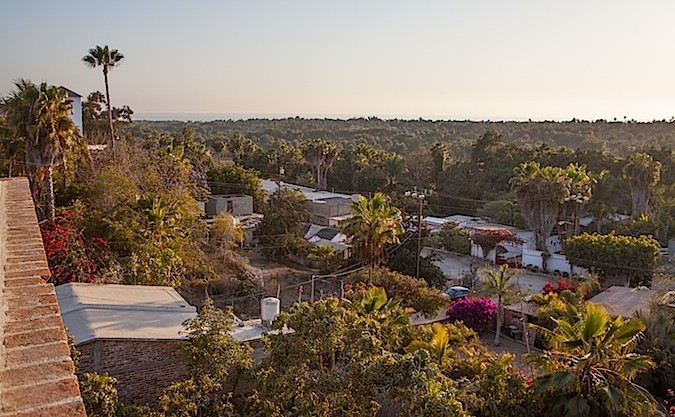 What we learned from a historical point of view is that Todos Santos is a coastal oasis (literally) nestled between the Sierra de la Laguna mountains and the Pacific Coast of Baja Mexico, and it is an easy one hour drive from either Cabo San Lucas or Laz Paz.  Todos Santos has a vibrant history from the remains of the Matancita Man, who died near the village 3000 years ago, after living to the age of 75, which was unheard of back then.  Also, traces of Cochime, Pericu, and Guaycura Indians who resisted efforts of the Spanish Missionaries and Conquistadors who wanted to convert them to the ways of the Christian world by practicing their religion as well as the need to wear clothing and practice monogamy.  Yep, we were ready to board a plane, and learn more.

We arrived in Cabo San Lucas towards the end of the day.  After grabbing some pesos at the airport, and jumping on a shuttle provided by Eco Baja Tours we were on our way.  We highly recommend the shuttle service if you do not want to drive in Mexico.  The staff is friendly, the shuttles are very clean, with air conditioning, WI-FI, and movies to watch if you don’t want to take in the scenery.  Once you pass the mega resorts of Cabo the drive up the coast is scenic with a mixture of desert cactus, small Mexican villages, mountain ranges that seem to go on forever, and gorgeous coastal views.

The village of Todos has remnants of the colonial history still present in the architect of colonies and missions that are crumbling, and which I find charming.  During the 19th century, the native village of Todos Santos was nearly wiped out by epidemics of smallpox.  All though the missionaries began to flee the area, others stayed and began farming the fertile land.  The growing conditions were ideal, and the agricultural thrived.  By the 1800’s, sugar cane was planted and grew in the soil of Todos, and was processed in the brick mills that are still scattered throughout the area.   Unfortunately, Todos Santos became a battleground during the 1910 Mexican Revolution, and the tranquil life the locals had become accustomed to was being ruined. 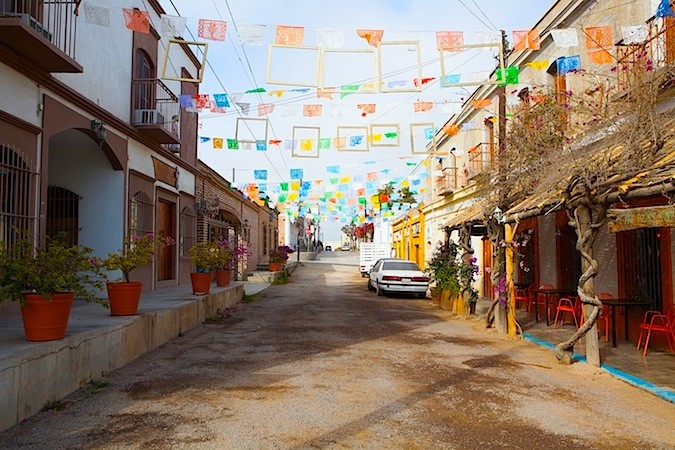 After the war, life did return to normal.  Todos Santos was rebuilt, the sugar cane industry flourished until the drought in the 1950s, and then the underground water table dried up in 1974 and only one sugar cane field remained.  No one came to Todos Santos, not local Mexicans or tourists.  In 1984, the road from Cabo was paved, and the area was rediscovered by creative people who yearned for a simple life.  The wonderful thing, no one has converted this sleeping village to modern days, it is important to all in Todos Santos to be true to the past.

As our shuttle slowly drove into the village along old dirt roads that were arched with papel picado gently swaying back and forth, we came up on the center of town where the plaza, church and the movie theatre set.  People were scurrying home to start dinner, children were running around, and lovers were enjoying the last moments of the day.  The buildings were old, crumbling, and so charming painted with gorgeous bright colors.  We both looked at each other, smiled, and could not wait to find our hotel, The Guaycura so we could settle in, and begin exploring. 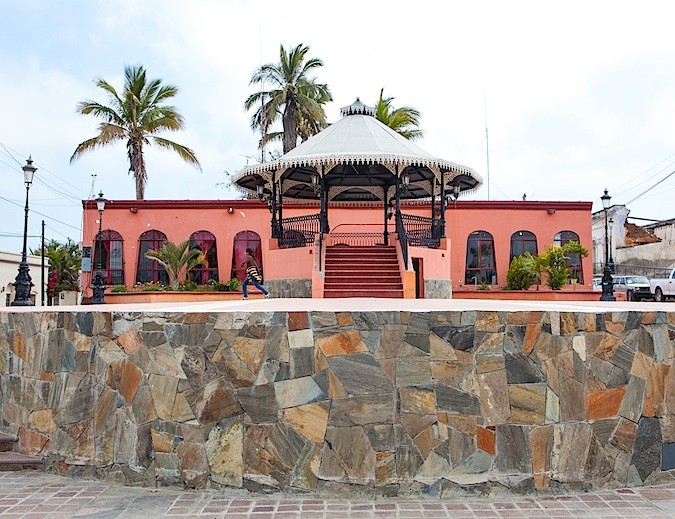 There is so much to share, that this post deserves to be separated into a couple of reads.

great story....you really painted a wonderful picture...thanks for sharing a bit of history too!

It looks so beautiful! I hope your vacation was fantastic :)

Oh, I think JP and I are owed a vacation about now...like this! It looks beautiful and I know that understanding the history behind any place only makes it more interesting and more beautiful. But I still think you should come to France.