Who knew that the Lobster Roll was such a controversial sandwich.  I mean it is a sandwich with lobster.  I found out that this is not true at all.  It is not just a sandwich.  Some folks like cold, while others prefer it hot. Some like celery.  Some like relish.  Some like Hellmans, and others like Best Foods Mayo.  One thing everyone does agree on is that it has to have lobster!  We could not really decide either, so we have included a definite, not the norm, Homemade Hot Buttery Lobster Roll. 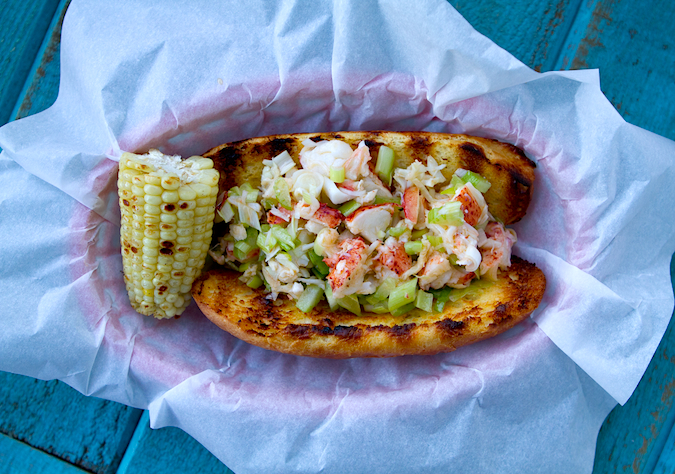 When I developed a cold lobster roll recipe for Eat Boutique, little did I know what would happen?  By the time I woke up the morning after Maggie posted the recipe, I had a slew of twitter comments about how “the broads on the West Coast” don’t know how to make a decent lobster roll.  I mean common, what is up with the “green stuff”.  Geez, it is only a summertime sandwich, folks! 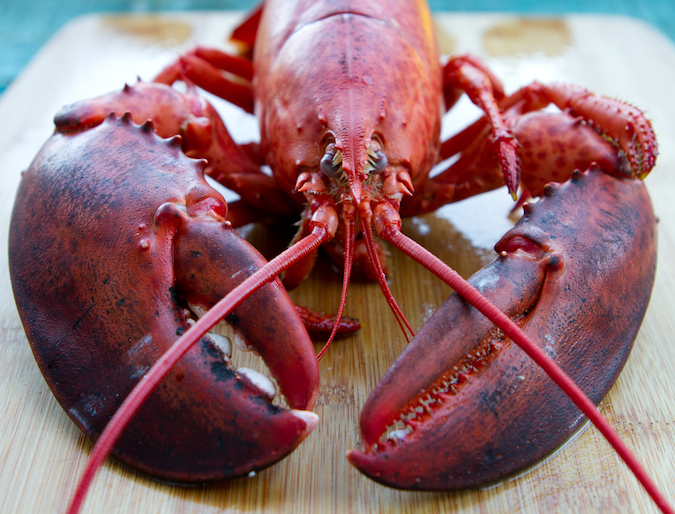 For the record, one of these “broads” is actually not a “broad”.  Being a regular reader;  you already know this.  For those of you that may be new to our site, Laudalino (aka … Lenny) is the other half.  He is also a former New Englander.  Lenny does know his lobster and has very strong opinions about it.  For instance, he doesn’t even think it should be made into a roll or other known sandwich type meal; he humors me and actually liked these lobster rolls.  He also does not think one should drown their lobster in butter;  rather it should be eaten plain or dipped into Joe’s spicy Azorean sauce.  Like all lobster lovers, there is not the right nor wrong way to enjoy the crustaceans;  it all is pretty personal. 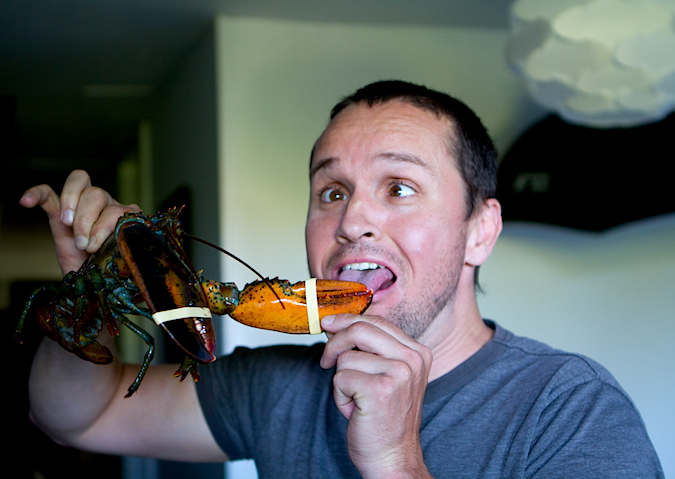 I have been doing my lobster roll research since the said incident happened, and two things are common in almost all recipes, 1) there is something green, from relish all the way down to celery;  2) almost all recipes call for “good mayo” such as Hellmans/Best Foods or homemade;  no knock-offs or no-names.  The other option is to serve your lobster roll hot, which basically is drowned in good butter;  and don’t forget the “green stuff”.

The same time we broads were developing our lobster roll recipes we decided to also throw in a hot version, after all, the one we had at Neptune’s was outstanding.  We kept it simple;  really good butter (not margarine) and a little bit of the “green stuff”.  It was damn good.  Buttery, slightly spicy and tangy.  Even the “broad” who is not a “broad” could not decide which he liked better, the cold version or the hot version and he doesn’t even like east coast lobster rolls.

Guarantee it doesn’t matter what coast, continent or country you are in if there is lobster around and you like a good roll, you will love either of these easy and delicious recipes.  Happy summer! 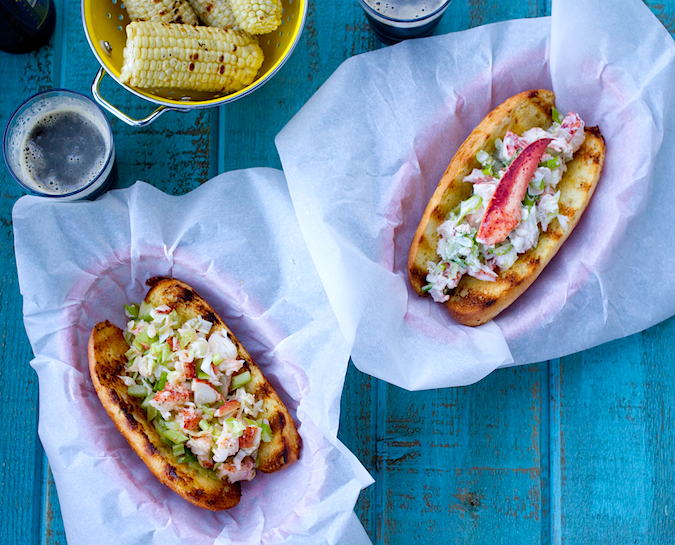 What to learn how to catch your own live East Coast Lobster?

I've never had a good lobster roll before and this looks absolutely delish so I really look forward to trying this out.

These look SO good. There is a place here in Chicago that is said to make great lobster rolls, now I really want to try it!

Though I live in Boston and spend a great deal of time in Maine- I thought your version looked AMAZING. Isn't this what cooking is all about? Taking a food tradition and making it your own? I am tired of people getting so emotional over food that they claim to "own".

You guys crack me up! It's amazing, isn't it, that a simple sandwich can evoke so many strong opinions? Everyone's got their favorite or traditional ways, but you know what? As long as it tastes good, that's what counts. I love what you did with yours--the green onions are a very nice touch! They look fabulous! Thanks for the link love, too. Gosh, I'm starving now!

looks fabulous, I'll take my hot and with a little celery :)