I started writing this post after a trip to Barcelona back in 2014 where I stuffed my face with massive amounts of Pan con Tomate.  I have no idea why I never pushed publish on this recipe but here I am seven years later sharing my love of Pan con Tomate. 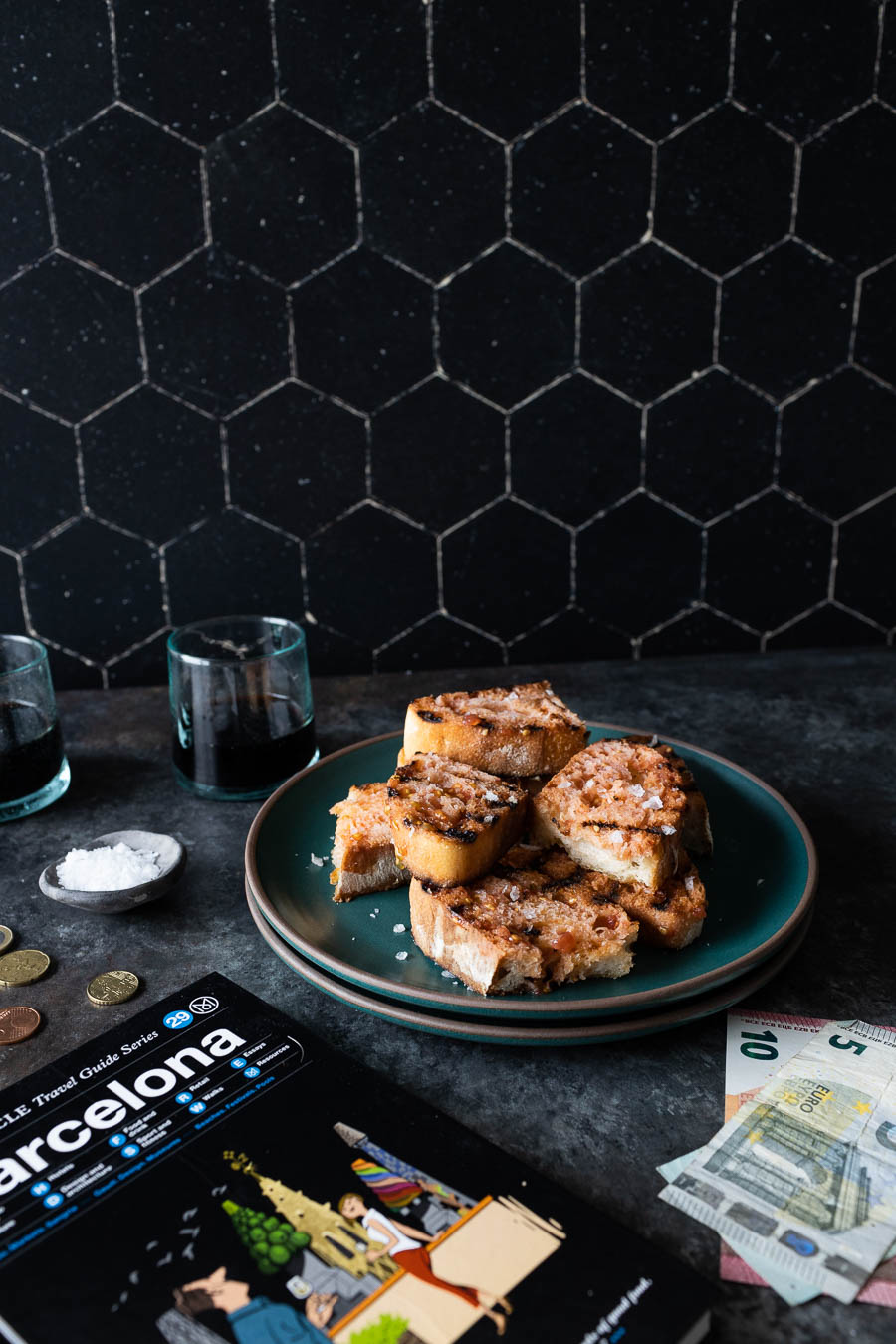 I have been anxiously waiting for peak tomato season to hit our local market and it finally did last week.  I love this time of year, and saying we are enjoying tomatoes is an understatement.  I have been making tomato tarts as well as grilled steaks with one of my favorite and famous amongst friends, cherry tomato side dish that I serve with grilled beef.

When I saw dry farmed tomatoes in the market I knew it was time to brush off my Pan con Tomate recipe and start enjoying tomatoes for lunch as well.  This recipe is so easy to make that you can half lunch or a light snack in a matter of minutes.

What is Pan con Tomate?  It is typically a dish that is served with every tapas meal in Spain.  I was first introduced to it when we went to Barcelona for the first time in 2014.  It became a thing for us and if it was not immediately placed on the table when we sat down, it was the first thing we ordered along with a glass of house wine.  We have been back to Barcelona a few times since and it still is the first thing we order. 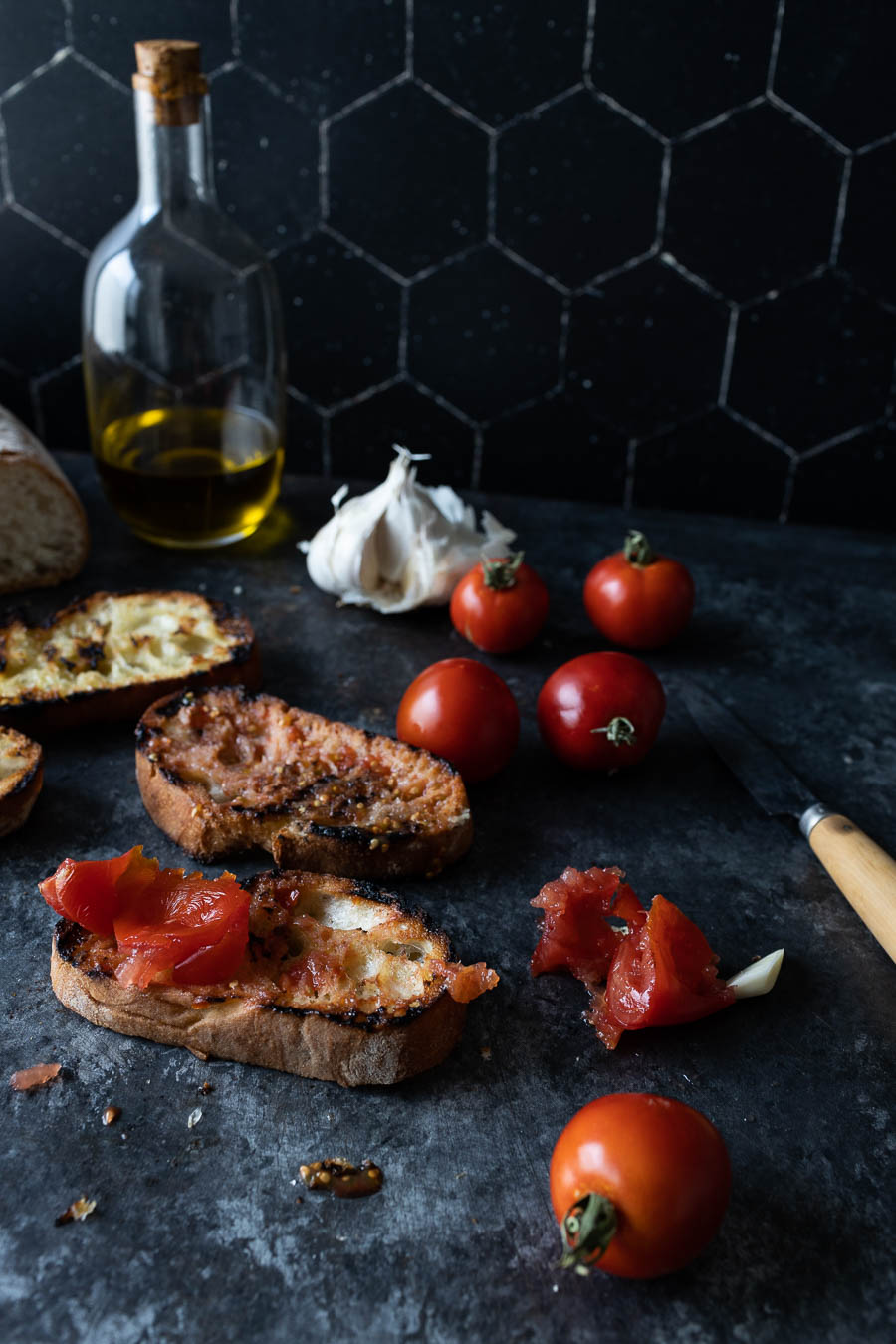 Depending on the area of Barcelona  you are visiting this recipe has a couple of different names on a menu.  If you are in a Catalan area then it is called pa amb tomaquet or Pan a la Catalan.  Rest of Barcelona and I have heard Spain as well, it is called pan con tomate.  It doesn’t matter what it is called, as it is delicious and should be enjoyed all summer long.

Traditionally this recipe is made with toasted bread along with grated tomatoes and olive oil drizzled on top.  Last time we were in Barcelona we had some at a little spot that used grilled bread instead of the traditional toasted bread, along with the tomato and olive oil.  There was a hint of garlic added, and it was amazing and really brightened up the recipe.

I have seen a few versions online and I will say right here and right now, Pan con Tomate never has anything green added to it, nor does it have cheese.  It is always made with a dense rustic bread, the freshest tomatoes you can find, olive oil and a hint of garlic (which is optional).  You can serve a salad alongside it to complete a light meal but never does it have parsley or cilantro.

4 very thick slices (about 1″) of rustic bread, I like to use ciabatta or a baguette

4 dry farmed tomatoes (if you can find) or plum tomatoes work, very ripe

2 large garlic cloves, peeled and cut in half

Toast using the oven, unless your toaster will hold thick slices of bread, until golden.

Rub a half of garlic clove over the grilled or toasted bread.

Repeat with the remaining toasted bread.

Drizzle with a little olive oil and sprinkle of sea salt.