I feel funny sharing a recipe for a whipped cream, especially a non-heavy cream recipe.  We love a big bowl of whipped heavy cream, but we are trying to cut back on dairy, so I decided to play around with non-dairy options.  I have tried a few variations but this one has worked the best.  This recipe for Coconut Milk Whipped Cream is perfect as well as insanely easy to make.  Bonus, it tastes great, almost tropical. 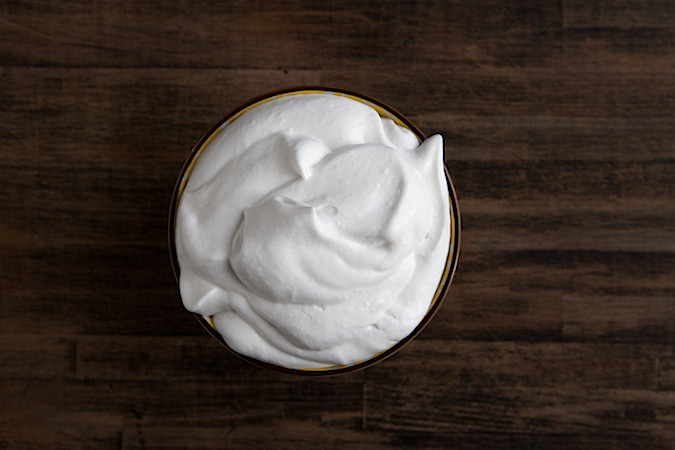 After initial research, I found that there are a few recipes floating around for this.  Most of the recipes chill the full-fat coconut milk in the refrigerator for a day or two, and then they separated the thick cream off the top.  Now, I have bought a few different brands of coconut milk, and never got a thick creamy top after chilling, only when I used coconut cream did I get that topping.  I wasn’t that impressed with the coconut cream.

The difference between their recipes and mine?  I used the entire can of coconut milk.  After chilling for two days, I poured the entire can into my mixer;  no separating.  I tried this recipe with three types of coconut milk:  Whole Foods 365 Organic Light Coconut Milk, Whole Food 365 Organic Coconut Milk and Thai Kitchen Organic Milk, and the only difference was how thick the coconut milk whipped up.  The full-fat coconut milk whipped cream was thicker and held a soft peak.  While the light version still whipped up but wouldn’t hold a soft peak.  I ended up using the Whole Foods 365 Coconut Milk with this recipe.

Verdict?  It is amazing as in eating it by the spoonful amazing.   The coconut milk whips up light and fluffy, and there is only a slight essence of coconut.  I flavored my recipe with vanilla extract as well as some maple syrup.  If maple isn’t your thing, the recipe works well with plain sugar or a little powdered sugar, adjust to how sweet you like it. 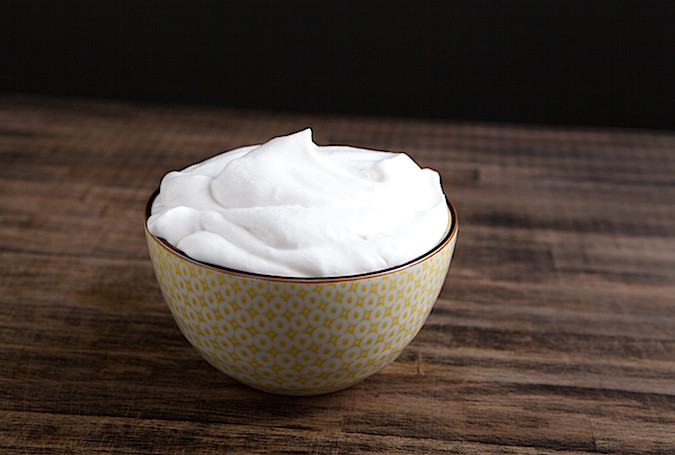 There you have it, a delicious alternative for a dairy topping, that we are sure you will love.  Just be sure to save some for the pie. *smiles*

13.5 ounce can of coconut milk

Place the can of coconut milk (unopened) into the coldest part of your refrigerator and forget about it for two days.

Pour the coconut milk into the mixing bowl.

Mix at high speed until soft peaks begin to form.

Add the vanilla and maple syrup, and continue mixing until thick, creamy and slight peaks form.

Desserts to Serve with Whipped Cream

My son has 35+ food allergies and this is a recipe I found on a paleo website and I've used it many times. It turns out great and it tastes much better than the dairy and fake versions bought at the store. He's not missing out on a thing :)

I love this idea and how simple it is :)

That you for sharing. My husband and I both lactose intolerant. I am always looking for good non dairy recipts.