I have written before about how we were haters of Brussels Sprouts.  We blame it on our childhoods and being served overcooked vegetables.  Was there really the need to overcook those sprouts until they were pale green in color, and then had to be doused in vinegar before gagging them down.  Painted a pretty picture, didn’t I?  This recipe for duck fat roasted brussels sprouts has changed life as we knew it, forever and ever. 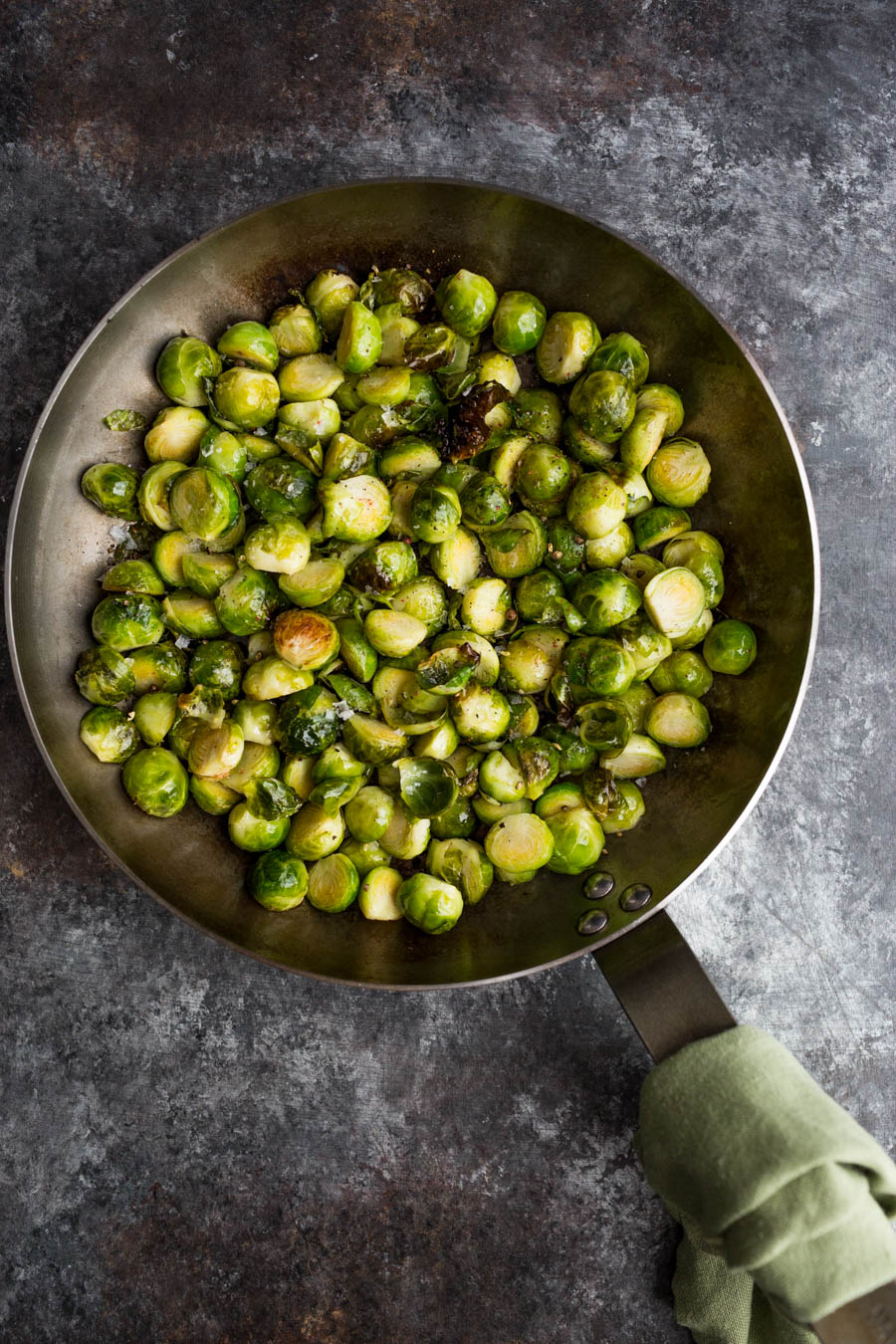 Since the first time of enjoying Brussels Sprouts that were properly cooked, we have become fans.  One of the recipes that I really love making is roasted sprouts.  The drizzle of duck fat makes them even better.

My recipe has changed over the years.  Now I add thinly sliced shallots.  As well as orange zest and toasted pecans.  The duck fat helps the sprouts caramelize into golden brown bites of heaven.  Indulgent, yes, but worth every bite. 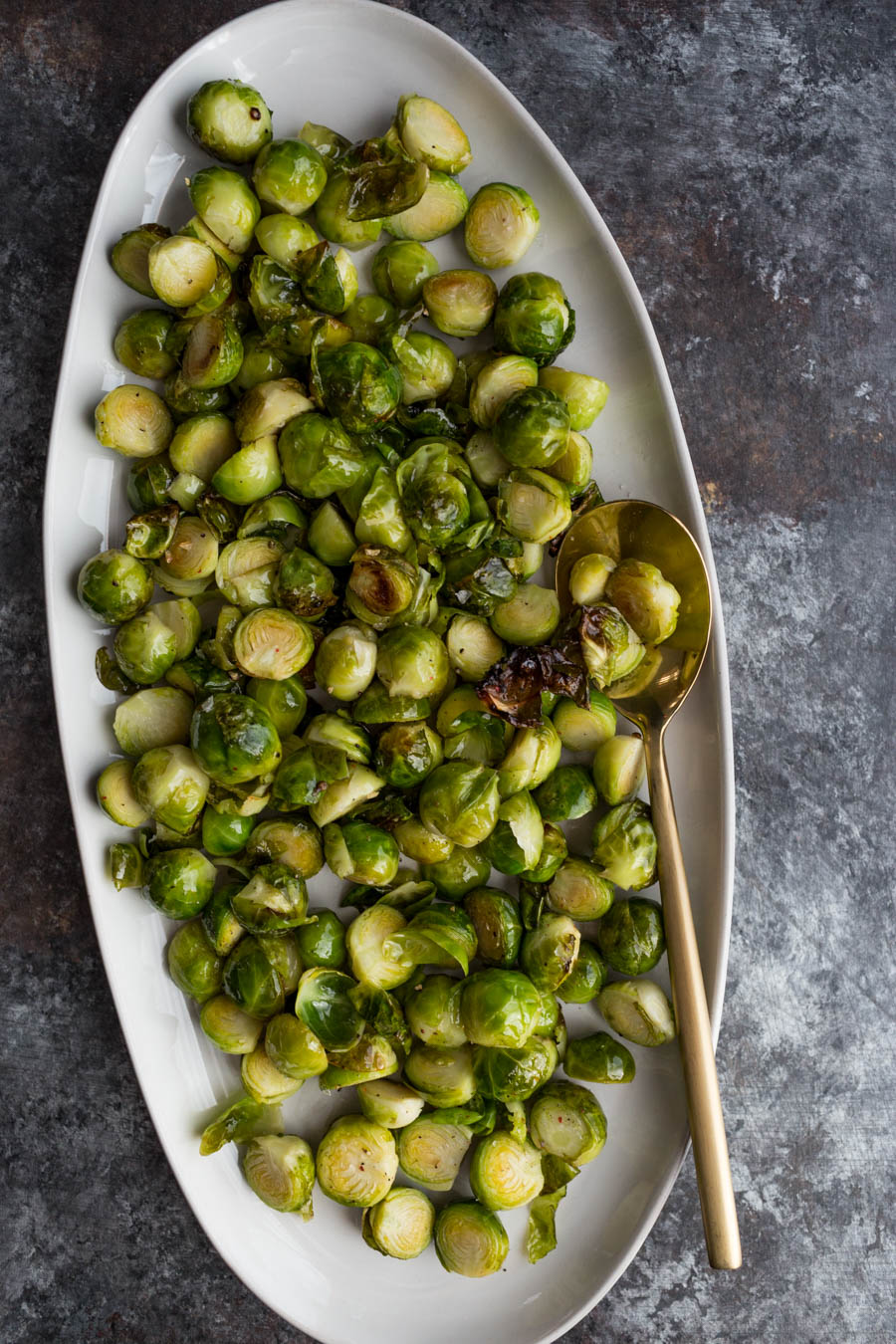 ** I have updated this recipe on November 17, 2017.  I think I am developing a nut allergy so I have omitted pecans this time and included them as an optional ingredient.  As well, I tried the recipe with lemon zest and it comes out fantastic.  Maybe next year I will change it up again.

Slowly melt all of the duck fat, except for 2 tablespoons, in a saucepan.

Remove the outer leaves of the Brussels sprouts, keep the ones that do not have any blemishes.

Cut off and throw out the bottom of each Brussels sprout, and cut them in half.

Toss the brussels sprouts with the shallots and put them into a roasting pan.

Drizzle the melted duck fat over the top.

Sprinkle with a little salt and pepper.

Roast for about 25 minutes until golden brown and caramelized.

Gently stir the sprouts about 15 minutes into the roasting.

Remove from the oven.

Toss with the orange or lemon zest.

Stir in the pecans if you are using it.

Hi, I have now read this article/recipe 4 times and have yet to see any mention about how many portions this makes. Perhaps the next time the recipe is updated this information could be included. I’m guessing it should serve 6 people as a side vegetable. Thank you.

Hello Ann - thank you for reaching out. We apologize for the information that you cannot find. Most of our side dishes serve 4 - 8 people as a side. Really depends on how hungry there are. I would plan on six for this recipe. Happy Holidays!

Looks delicious! Any tips on the best way to reheat if we're making ahead?

HI Lauren - I would not make them more than a few hours before serving as they are going to lose their crispiness. I would reheat in the oven at a lower heat to revive. Hope you enjoy - it is a favorite recipe of ours! ~ Denise

Can you use anything else besides duck fat? Where do I get the duck fat?

Bethany, I would also use a high heat oil such as grape seed or sunflower. Then I would dress with 2 tablespoons of a nut oil just before serving, such as a hazelnut or walnut.

On top it asks for orange zest. I. Instructions it says to put lemon zest?

Hi, typo, so sorry. It is orange zest all the way.