We spent Valentine’s weekend with my mom in Winnemucca.  It was a great long weekend spent “hanging” out.  We both love mellow weekends that require no agenda and this was just that.  No errands, no chores, no cooking, just quality time with the ones you love.  Of course, we made her this decadent Bittersweet Chocolate Mousse recipe for Valentine’s Day.

Don’t get me wrong I love to cook but when someone else offers I love it even more.  My mom treated us to two great home cooked meals.  Even though I was getting a break from the kitchen, I was still itching to make something so I offered to make dessert.  I really had no idea what I was going to make until I was at the grocery store and scoured my emails for some inspiration.

The first bit of creativity came from White on Rice Couple for a Valentine’s Chocolate Mousse.  I did improvise a bit as I was in the middle of no-where Nevada, and could not find all of the ingredients.  I have to say, plan ahead, while this recipe is fairly easy it does take some time to make.  Whether it is for a special occasion or for no reason this mousse is perfect! 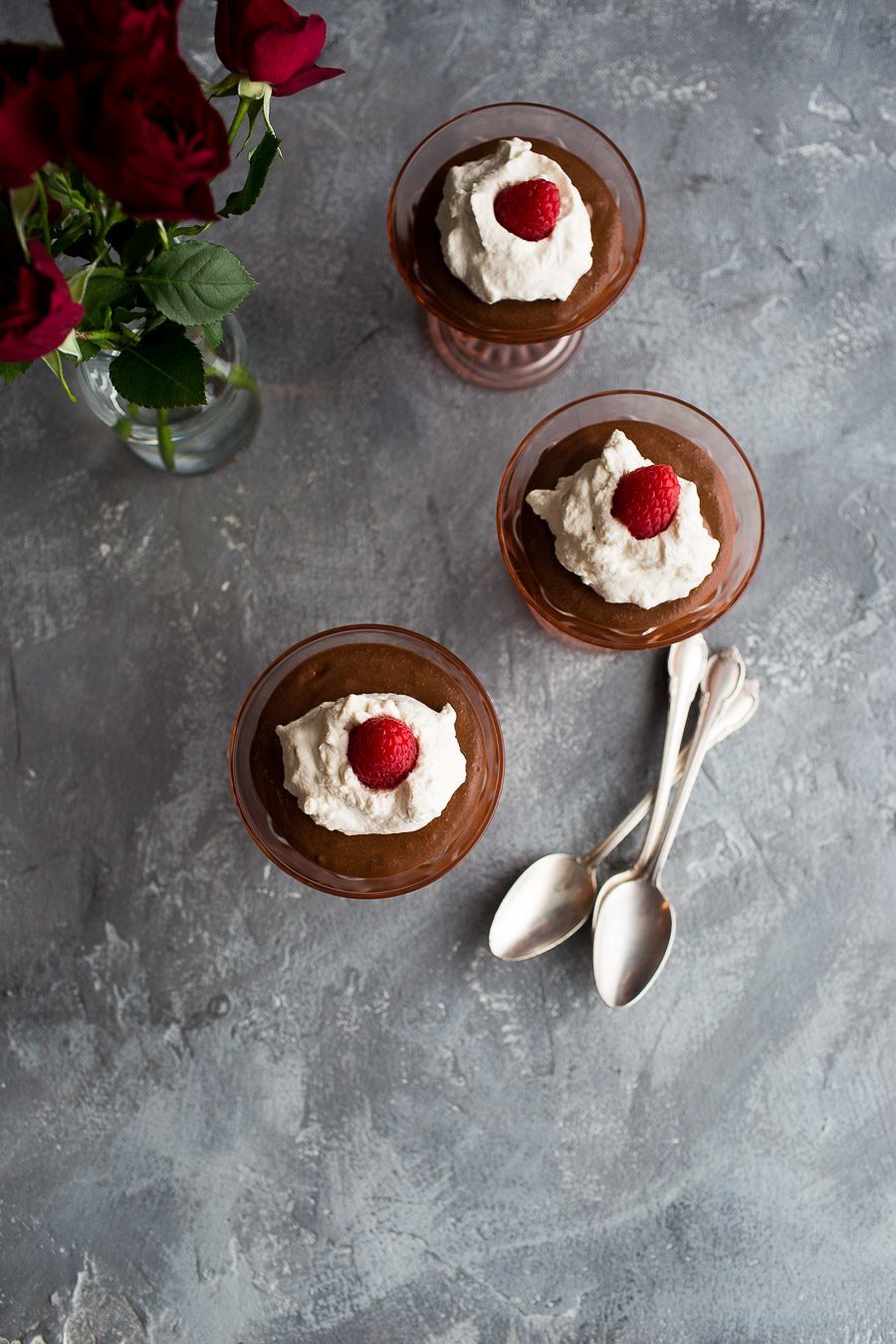 Whip 1 cup of heavy cream for the mousse to stiff peaks and set aside in the fridge.

Place the whipped cream into a small bowl, cover and place into the refrigerator until ready to serve.

Combine ingredients the for simple syrup in a small sauce pan, stir and bring to a boil.

Reduce heat to a low simmer and cook until thickened.

Remove from the heat and set aside.  Strain before using.

Bring a large pot of water to boil.  Reduce heat to a low simmer.

Combine egg whites and simple syrup in a bowl small enough to set over a pot of simmering water.

Remove from heat, pour into your mixing bowl and whip until meringue is completely cool.  Set aside.

Melt dark chocolate in a bowl over the simmering water until melted.

It will be very thick, slowly add warm water water to loosen it up.

Whisk until very smooth.  Set aside and keep warm, I kept it on the stove top, away from heat.

Whisk egg yolks in your mixer until broken up and light yellow.

Heat simple syrup to a boil.

Whisk until thick and fluffy.

Putting it all together

Fold chocolate base into egg yolk base and gently fold until incorporated.

Then fold in the whipped cream base until incorporated.

Fold in Swiss meringue until incorporated.

Store chocolate mousse in the fridge until ready to serve.

Serve – with the whipped cream that is optional.

Those are the BEST weekends...no plans, no agendas. And yes, everything tastes better when someone else prepares it, doesn't it? Have you been to Insalata's in Marin? They do a dessert called "Pigs in Mud" which is the most decadent, insane chocolate mousse I've ever had. I think you'd like it :)

I could really go for one of those right now. Gorgeous!